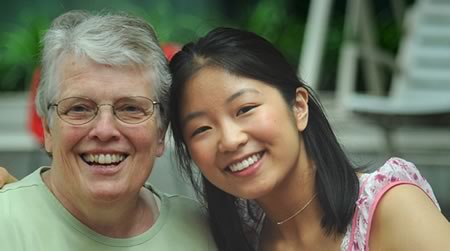 
The fascinating story of Chinese adoptee Jenna Cook as self reported in Foreign Policy, the award winning magazine owned by the Washington Post.

Jenna Cook, currently a PhD student in Sociology at Harvard was profiled originally as a teenager in the Chinese adoption movie “Somewhere Between”. (She is the 4th girl profiled in this brief movie trailer).  Her remarkable education has included undergraduate studies at Yale, a masters degree from Peking University in China, and additional post-graduate study as a Fullbright Fellow before matriculating to Harvard.

Adoptees and adoptive families often wonder if the interest in post-adoptive reunion lies only on our side of the ocean but this article confirms the reciprocal pent-up interest in reunion within China itself.

A telling excerpt from this article:

[Even if most Chinese hadn’t lost children themselves, many had at least heard the stories. I discovered that almost everyone — from waiters to taxi drivers — seemed to have a personal connection to someone who had lost a child to abandonment or adoption, or had adopted a child, or had been adopted themselves. But many were unaware that those children could end up abroad. As one man who had mistakenly assumed he was my birth father told me in 2012: “We came to the city from the countryside because we hoped a wealthy, urban family would adopt you. We never thought you would end up overseas.”]

[As one Chinese grandmother explained to me recently, “You are very strange. Over here, only kids who are not doing well will want to search for their birth parents. Your adoptive mom treats you well. You went to a good school. You are healthy and happy. Why do you need to search for your birth family?” It’s a typical view, reflected widely in the comments section of Chinese articles about my search and in the private messages and emails I’ve received. Yet, in the United States, adoption experts and professionals characterize birth search as a normal developmental step for an adopted person— a universal desire to know one’s origins.]

Ultimately on her trip to Wuhan to find her birth family, 50 families came forward claiming to have relinquished a baby in the same location around the time Jenna Cook was found.  Jenna went on to test dozens of different families but none of them was a match so she is still looking.